Looking for Whistler events schedule? You’re in the right place.

Summers in Whistler are quickly becoming as busy as winters. In fact, summertime hotel room nights have surpassed previous records.

“I came to Whistler for the winters, but stayed for the summers”.

Spend your 2015 summer in Whistler, checking out some of these awesome events, and you’ll soon see why locals and tourist rave about this great BC resort. 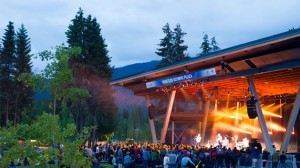 s audiences of up to 5,000 and is now a permanent venue for recreation, arts, and culture.

Artists coming to Whistler this summer include; the Vancouver Symphony Orchestra, High and Mighty Brass Band, Nahko, Medicine for the Band and Michael Franti as well as many others playing throughout venues all around the village. See the full schedule of summer concerts. 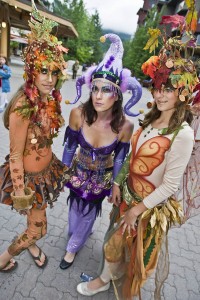 Get ready for another incredible summer of art in Whistler.

Each summer,  Whistler’s artists and businesses pair up to create a series of pop-up galleries in Whistler village for two months. This allows the multitude of local artists to showcase their work in areas that get lots of traffic, and provides them the opportunity to make sales from their craft. By housing the artwork in local businesses, we’re also encouraging Whistler’s residents and visitors to shop local and support our small businesses. It’s a win-win for everyone.

Whistler Races :: Back for Another Round

The video says it all…. 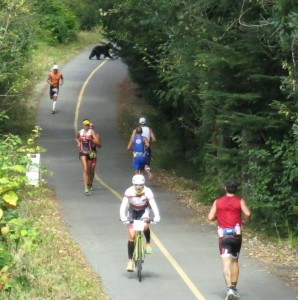 Back again this year on July 26, 2015. For full details for competitors and spectators see the website.

One of the most beautiful point to point races in British Columbia, happens in Whistler on June 13, 2015.The 25km Comfortably Numb course is an internationally recognized mountain biking route, and it’s even more fun to run! See more here

Happening on June 6, 2015, the gently-rolling course also winds through nearby neighbourhoods and along Whistler’s already-popular running paths, offering spectacular mountain views throughout. Proving to be a hit with runners, this event sold out in 2014. Find out more.

BC Bike Race is far more than a race. While it may be the best seven days you’ve ever had on a mountain bike, that’s only part of the story. BC Bike Race is an adventure and an experience. It’s a tour of British Columbia’s West Coast – the trails, the towns, the lifestyle. There’s something different about BC, including how we get around. Our rugged coastline means you’ll be crossing mountains and oceans, by boats, planes, buses, and bikes. Friends and spectators will have an opportunity to congratulate the riders on their accomplishment on July 4 as they cross the finish line at Whistler Olympic Plaza. June 27, 2015 to July 4, 2015 – For details check out their website.

Here are a few of the wonderful Whistler Festivals not to be missed in the summer months of  July and August.

Festivities for the day include: a Canada Day parade at 12:00 pm starting from Whistler Town Plaza to Mountain Square, a special performance by the Vancouver Symphony Orchestra at 3:00 pm at Whistler Olympic Plaza and a Fireworks display at 10:15 pm (best viewed from Skier’s Plaza).

Crankworx Whistler has become the authoritative freeride mountain bike festival. A supercharged magnet for the world’s best riders and the definitive domestication of dirt in the service of epic endurance, supreme flow, monster air and gravity-fuelled mountain biking. Over ten fearless days in August, the venues at the Whistler Mountain Bike Park serve as a modern day Colosseum to the world’s best mountain bike athletes. Downhill, enduro, trials, pump track, whip-offs, music, art – this festival has it all. August 7, 2015 to August 16, 2015. Check out the website for full details.

Whistler celebrates wellness when yoga and music come together in the mountains for the annual Wanderlust Festival in Canada. Yogis from around the globe will be down-dogging, dancing, dining on organic delicacies and sharing their wisdom in an amazing event across the entire community. Drawing the world’s leading yoga teachers, top musical acts and DJs, renowned speakers, top chefs and winemakers, Wanderlust Whistler is an event not to be missed. July 30, 2015 to August 3, 2015.

The Whistler Children’s Festival fills one weekend every year with art workshops, music, acrobatics, theatre, dance and fun that encourages kids to embrace their imagination! The Festival offers a range of workshops for kids, including pre-school activities for children aged 3-5, intermediate workshops for kids up to grade 8, and workshops for the whole family. July 10, 2015 to July 12, 2015.

Looking for a Summer Vacation Rental?